Sometimes Not Everything That Counts Can Be Counted

When Ofsted last visited Woodhill Primary School, almost 3 years ago, one of the reasons we were not judged outstanding was the lack of evidence for greater depth learning in French, RE and science books. My abiding memory of the inspection was staff carting barrow loads of books around the building so inspectors could wrestle to justify what constituted greater depth, none of them able to provide clarity or an evidence base for their thinking.  It raised serious questions about the role inspection plays in defining what matters and how corrosive this can be.  Despite staff and pupils taking great pride in crafting rich, coherent and deep learning journeys across curriculum domains, leading to outcomes above national expectations for greater depth, Ofsted wouldn’t budge.  To add insult, the only reference to our curriculum philosophy, connecting subject knowledge to application, critical thinking and deep learning was the line “art is used well to provide a colourful and stimulating environment.”  Three years later and still the sentence rips through me like finger nails scraping across a chalk board.

Despite proposed changes to the framework - a step in the right direction - fears remain that evidence in education is used selectively by inspectors, some of which is contradictory to the 'whats' and 'hows' a school should have the autonomy to control. Despite the myth busting, Ofsted still sees its itself as playing the dual role of both evaluating schools AND determining which kind of classroom practice we should value or deem worthy.

Because of this, we, as a profession, have to become the story tellers of curriculum and pedagogy, including what we cherish in defining the core purpose of education for our communities, with our communities. Dylan Wiliam recently published an article in the TES questioning the role research plays in determining what teachers do in the classroom.  Classrooms, he argued, are too complicated an environment, bound inexorably by interactions, to be evaluated through a mechanistic evidence base lacking the certainties of scientific law, essentially missing as much of what matters as it attempts to capture.  He also points out that the loudest heard education research is produced not by teaching professionals but by academics, those least likely to spend time actually working with children in classrooms.

This argument is reinforced by Nassim Nicholas Taleb who believes complex adaptive systems are composed of elements that act, learn and adapt in response to the quality of interaction with other people.  A perfect understanding of the individual parts does not automatically convey a perfect understanding of the whole system.  And nor do complex systems necessarily allow for simplistic measurements which can distort as much as they reveal.

And therein lies the problem:  an academic evidence base seeks mainly to measure what is often easiest to reach - the low hanging fruit - rather than what teachers encounter daily - namely the complexity of relationships, classroom dynamics and other contextual factors.  It is the quality of interaction between people which determines organisational success; the collective efficacy which can only be created through the investment in establishing a common purpose, a compelling narrative connecting a values base to personal behaviours.  Sadly, many teachers have been consumed by fads, initiatives and pseudo-scientific theory to stand tall for what they know makes the biggest difference for children. Included in this would be: 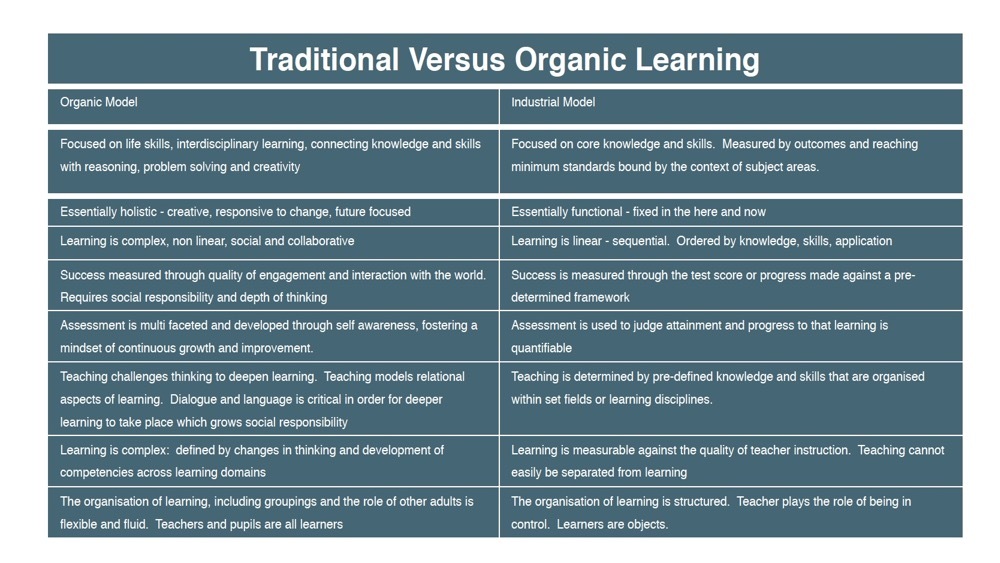 No better example of this evolved from our obsession with the PISA high performers over the past decade. Policy wonks crowded classrooms of South East Asian schools, proclaiming the virtues of mastery teaching, Singapore maths and whole class instruction.  Publishers rushed to pile shelves high with schemes, text books and professional development tools offering a silver bullet to our education challenges.  Ministers established advisory groups, creating an echo chamber to justify policy proposals about synthetic phonics, knowledge rich curricula and cognitive science. Meanwhile, the twitterati blogged about working memory, cognitive bandwidth and the principles of Rosenshine, as though teaching and learning was something brand new to the profession.  How many people actually stopped to question the true purpose of education in an increasingly complex and fragmented world? 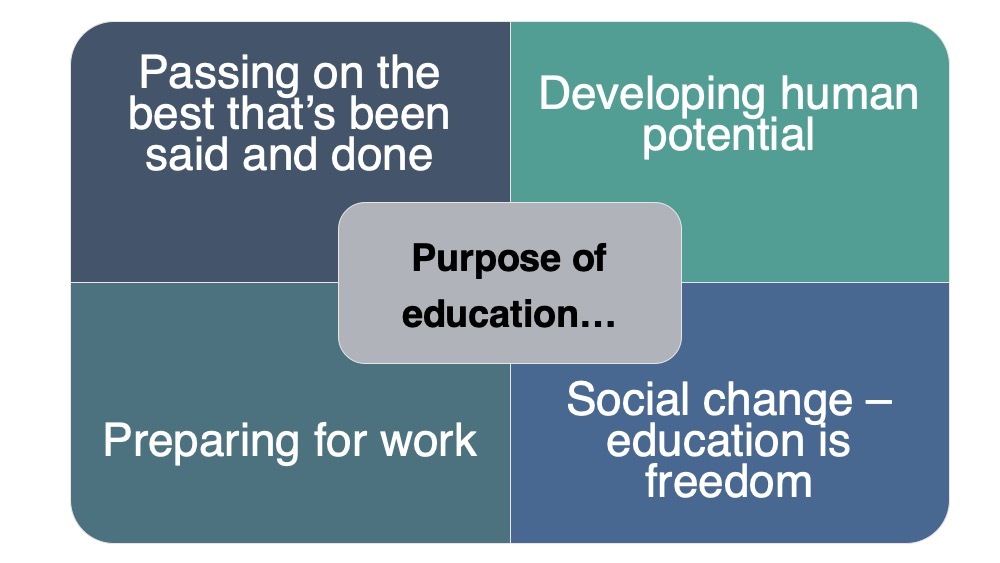 And here’s the point: whilst the noise focuses on the most obvious and easiest evidence base in order to provide a narrative for change, what people don’t see are the equally important relational elements of practice which make as much difference to standards and outcomes.  Yes, many of the highest performing countries favour a worthy pedagogical model, but critically, they also develop much higher levels of collective efficacy amongst students and professionals to ensure the deepest learning is a collective rather than individual pursuit.  Whilst our politicians angst about whether to increase the phonics pass rate to one hundred percent, Japanese educators have created a framework for education which also includes social responsibility, collaboration and the importance of learning together.  Taiwan’s success in using a mastery teaching model owes as much to the social and moral responsibility students have to support each other with learning than it does to the direct instruction approach to organising lessons.  This approach, however, requires teachers and leaders think much more deeply about the organisation of learning in classrooms than simply grabbing for the low hanging fruit. 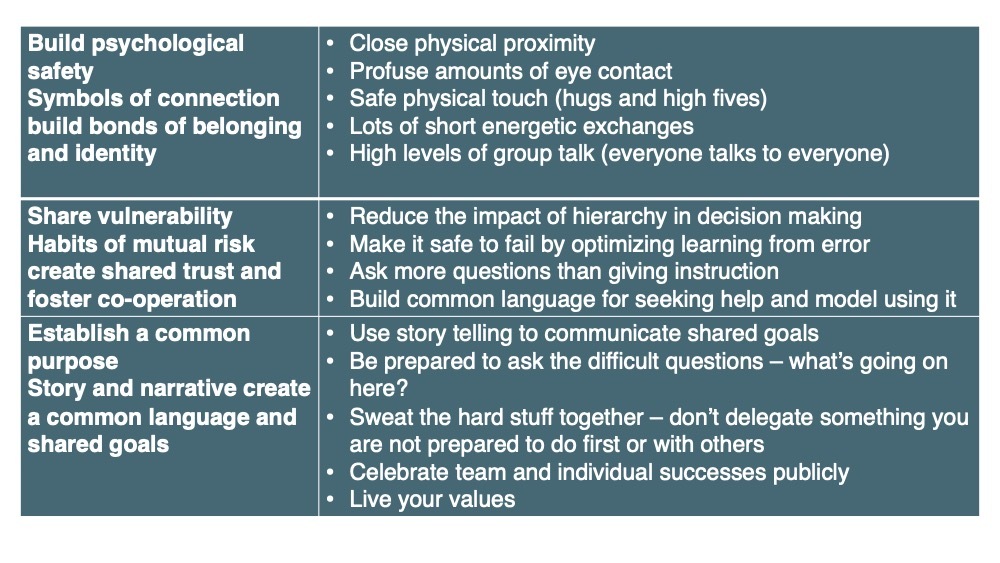 Across the Inspire Partnership, we are determined to tell our story of school innovation and success. We accept that it is our responsibility to be the narrators of learning, including how we craft learning experiences which deepen our relationship with learning.  Our challenge is to recalibrate our focus for school improvement so that our children’s futures are determined less by what is tested or inspected and more by what we intrinsically value for the long-term benefit of our communities - creating a climate for continuous improvement rather than continuously proving. 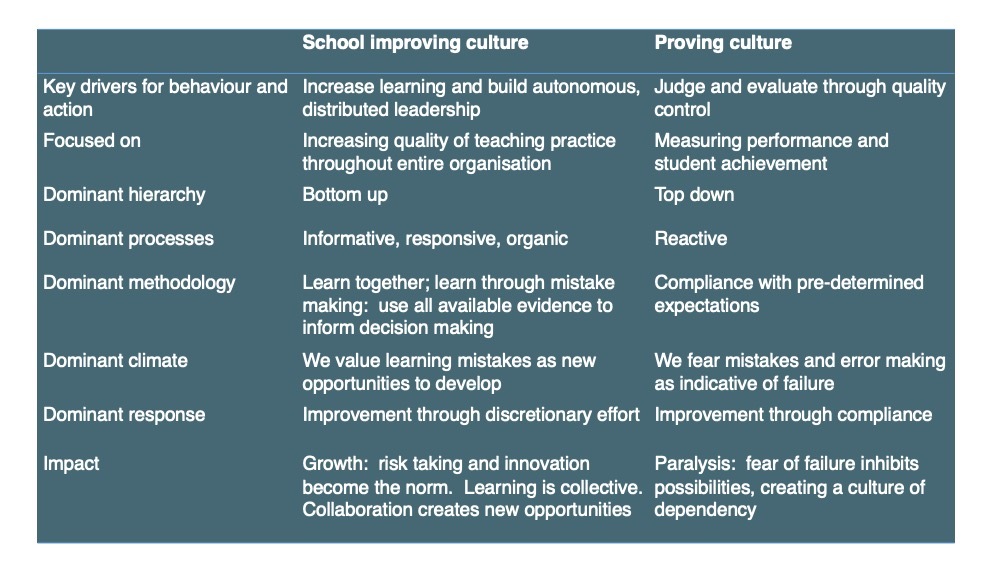 Only by placing community and enhancing collective social capital at the centre of our strategy will we raise standards for all pupils.